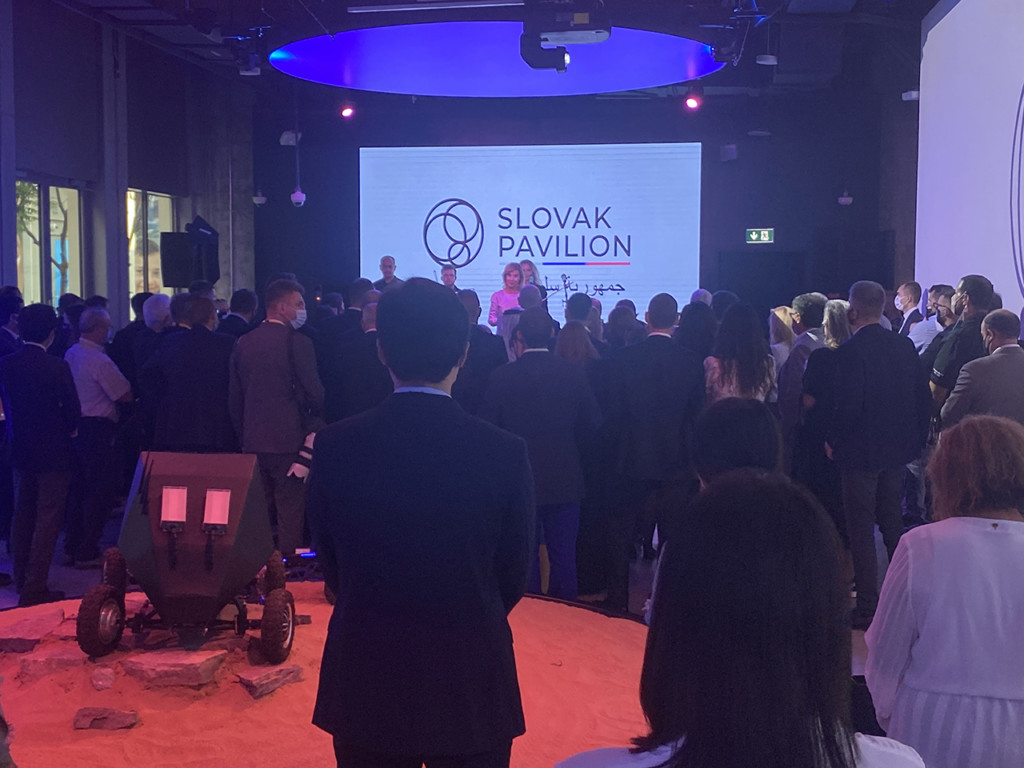 Slovakia is a beautiful and innovative country and Expo2020 is an opportunity to prove it, said Slovak Prime Minister Eduard Heger during opening ceremony of Slovak pavilion on world exhibition Expo 2020 held in Dubai (UAE). One of the three main Slovak high-tech industry representatives is a Trencin based company Virtual Reality Media (VRM in short).

Company representative Patrik Lipcik stressed that new simulator could be easily modified to different types of heli or aircraft, with just a few clicks. „We produce several tons heavy and incredible realistic responsive simulators with real cabins, but there can be used for advanced training only for one type of aircraft. This new concept brings basic pilot training much more affordable and effective. Military or transport companies with more types of aircrafts don’t have to acquire simulators for every type of plane,“ comment Mr. Lipcik from Virtual Reality Media.

According to him „trick“ is in the unique setup. Dashboard and controls are touchscreens and layout of original plane could be changed by software. „Basic aviation controls as stick, flaps and throttle are real, but advanced controls are virtual, but in real layout. The heart of the simulator is same as in huge top level certified ones, so responsiveness to pilot commands is identical to real plane or heli in this case. Lightweight version is also great for group, tactical or mission training, “added Patrik Lipcik.

The Virtual Reality Media simulator will be available until the end of World Expo2020 in Dubai in March 2022. Since opening on 1st October, organizers have registered almost half a million visitors. Overall expectations are about 20 million guests.